RAMAPO – The new Tappan Zee Bridge has been “wonderful” for construction workers, an industry leader said Thursday at a job fair for prospective new workers.

“When it’s in full swing, we could have a thousand people on the project and in associated yards servicing the project up and down the Hudson River Valley,” Ross Pepe, president of the Construction Industry Council of Westchester and the Hudson Valley, said of the $3.9 billion project.

Aside from the new bridge, Pepe said there’s a lot more work to come, citing a natural-gas pipeline in Rockland and Westchester counties, a casino in the Catskills, an aqueduct between Newburgh and Beacon for New York City’s water supply and two power plants proposed for Orange and Duchess counties.

“The industry is looking at great expansion over the next five to seven years with huge projects,” Pepe said at the 17th annual Hudson Valley Construction Career Day, where union officials made their pitch to teenagers about giving the construction and building trades a chance.

Ed Doyle, president of the Building and Construction Trades Council of Westchester and Putnam Counties, which represents 35,000 union members, said there were no labor shortages now but the workforce needs to be replenished as workers retire.

“We’re going to have a shortage of guys in two or three years,” said Doyle, a former Teamsters local president. 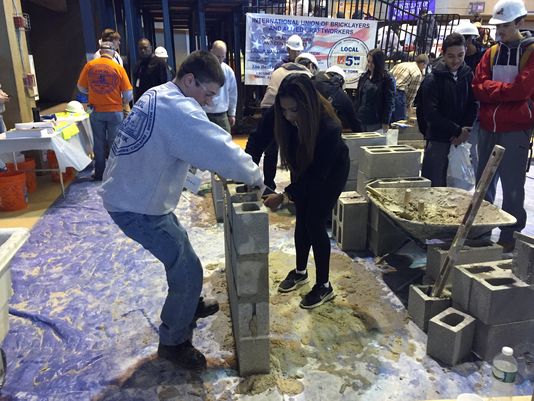 About 800 high school students visited the booths and exhibits inside the field house at Rockland Community College. They got a chance to get their hands dirty at a brick-laying demonstration, see what it feels like to operate a crane inside a simulator and ask questions of people working in the trades, such as iron workers and plumbers.

Zachary Feliciano, an 11th grader at White Plains High School, said he has an interest in carpentry and electrical work.

“I want to go to college but, in case college doesn’t work out, some of these things are some of the things I want to do,” he said.

While he was checking out the skills he would need to learn, Feliciano was also looking into what types of benefits the unions offered.

“I would like more of a career than just a job,” he said.

These last few years have been prosperous for workers as a growing number of public infrastructure and private development projects have come online, Pepe said. The unemployment rate for organized labor is currently in the 5 percent range. Five years ago, he said it was closer to 40 percent.

Blaise Franciosa, a resource-room teacher at Lincoln High School in Yonkers, took 40 students to show them that there are high-paying careers available that don’t necessarily require college. Industry officials noted, though, that one could spend several years working as an apprentice.

“Once they leave here, they understand there are different paths to take,” Franciosa said. “College is great but it’s not for everybody.”  Above article by Khurram Saeed, LoHud.com 3/12/2015 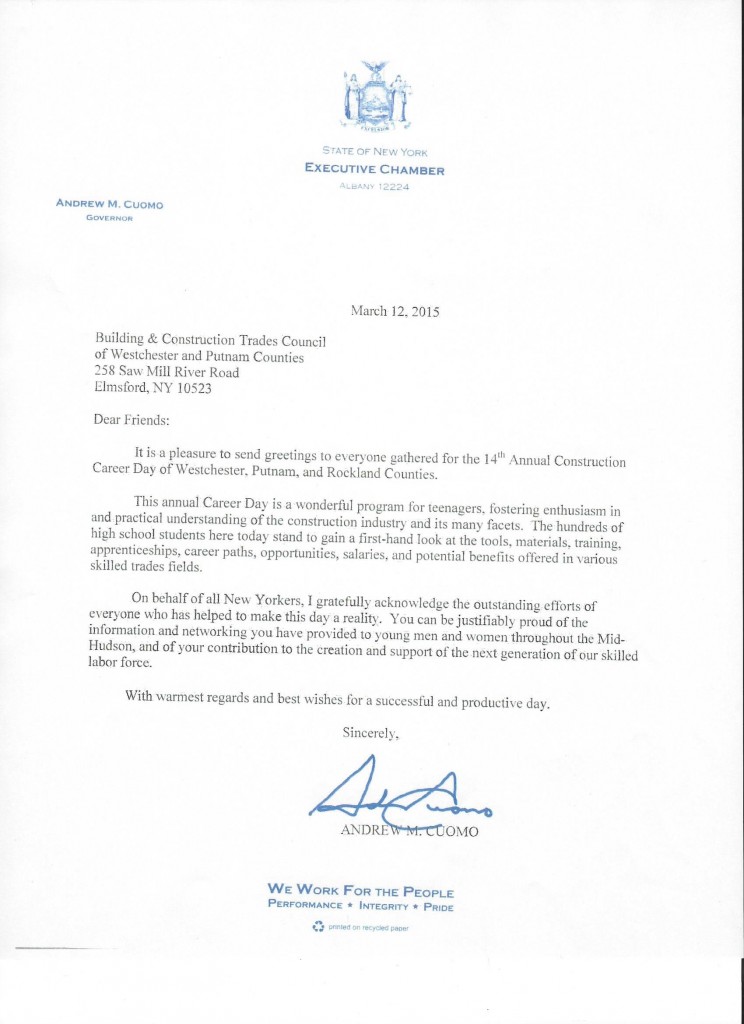