NEW FAIRFIELD, CT– While still in high school here in Fairfield County in Connecticut, a young Ryan Neumann figured out for himself that cutting up in class wouldn’t cut it in the long run. To find a good job, he would have to do a better job in his school work. So he buckled down and his prospects picked up. 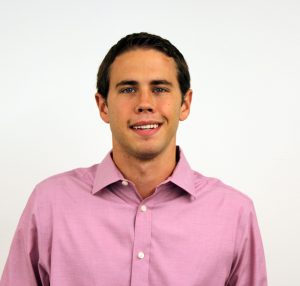 “High School was fun, but my parents encouraged me to study,” he recently told CONSTRUCTION NEWS. “They pushed me to be the best I could be, and I knew if I wanted to find a career path I had to put in the hours, I had to do the studying.”

His discipline and achievement was noticed by the Scholarship Committee of the Construction Advancement Institute (CAI), which awarded Ryan $5,000 in 2014 and another $5,000 in 2015 toward tuition at Manhattan College.

Now 22 years old and employed as an assistant engineer at Hazen & Sawyer Engineers in New York City, he explained that he had to go above and beyond the curriculum, that he had to reach out and do the extra work, transforming the act of learning as a means to achieve a better life.

Upon graduating from Manhattan College this past spring with a 3.71 average, Ryan’s hard work and Bachelor of Science degree in Civil Engineering (with a minor in Environmental Engineering) landed him a job in the Drinking Water Group, the 65-year-old company dedicated to producing safe drinking water to the public and developing solutions for improving efficiency in its delivery.

In deciding what career to pursue, Ryan first thought of general education and then accounting, but his desire to be a part of the future led him to the growing field of water filtration in engineering. At Hazen & Sawyer, he saw he could make a difference.

“It’s interesting work and one of my goals is to share what I can do, to create something lasting, design and build something that contributes to society.” Ryan said, noting that water treatment and water processing are two of the most valuable ways to do that.

“Water is the new oil, and an important energy source,” he added, noting that oil as we know and rely on it today will eventually become obsolete as the environmental needs the world is facing will put water filtration at the forefront of tomorrow’s technology.

Now living on his own in the Bronx and commuting to work in Manhattan, Ryan said he is thankful to the CAI and the Building Contractors Association’s board member Jay Martino for encouraging him to apply for the academic scholarship. “Being awarded this scholarship was a source of security and motivation to succeed,” he said. Through this journey he said a takeaway to other students is to reach out and not worry about how to get there.

“I would say don’t worry about student loans, do something that will make you happy, that you want to get out of bed for every morning, and that will allow you to make a good living.” Ryan advised. “Pick a major that will bring you the knowledge that will help you find the right job.”

OK, but what’s at the top of the list? “Don’t take the easy way out,” he said as to urge others who are coming up. “Don’t do the bare minimum. Reach out beyond yourself and you can achieve the things you reach for.”