Born to the Breed

The construction industry is full of opportunity for young people. With determination, hard work and talent, the building trades has served as a well-proven pathway to create bright futures for generations of Americans.

That message did not fall on deaf ears when junior high school student Mason Cantamessa heard it. Son of a member of the building trades, Mason has recently gone from a fledgling apprentice to a fully trained member of Bricklayers & Allied Craftworkers (BAC) Local 5NY thanks to the exposure he got on a class outing to a jobs exposition.

With a name like Mason you would think he would be naturally born to the breed as a bricklayer and mason. In March 2012 as a junior in high school, Mason signed up to attend the Construction Career Day being held at the Rockland Community College Fieldhouse in Nanuet, NY.  The program is a joint effort of the Construction Industry Council, the Construction Advancement Institute, the New York State Department of Labor and various sponsorship participants of the region’s many Building & Construction Trades Councils and private employers.

As one of the nation’s largest industries, construction is facing a chronic labor shortage. Recent Department of Labor figures project a national shortfall of 250,000 skilled trade workers, and that figure is expected to grow to 2.4 million by 2020. Locally, trade unions in the region are likely to see a shortage of 7,000 to 8,000 workers in the next five years to perform commercial construction and public works projects.

Construction Career Day has been staged since 1998 to educate high school students about the rewarding and diverse career opportunities in the building trades.

Now age 22 and resident of Mahopac, NY, Mason recalls entering the Rockland Community College Fieldhouse for the job exposition with a fairly open mind. “At that point, I was interested to see what the building trades had to offer,” he said. “Just because I was born into a family of bricklayers” – (so that explains the name!) – “that didn’t mean I had to do this for a living. I knew it was hard work and intensive to learn and become a tradesman, but I was willing to check it out and see what the benefits were.” 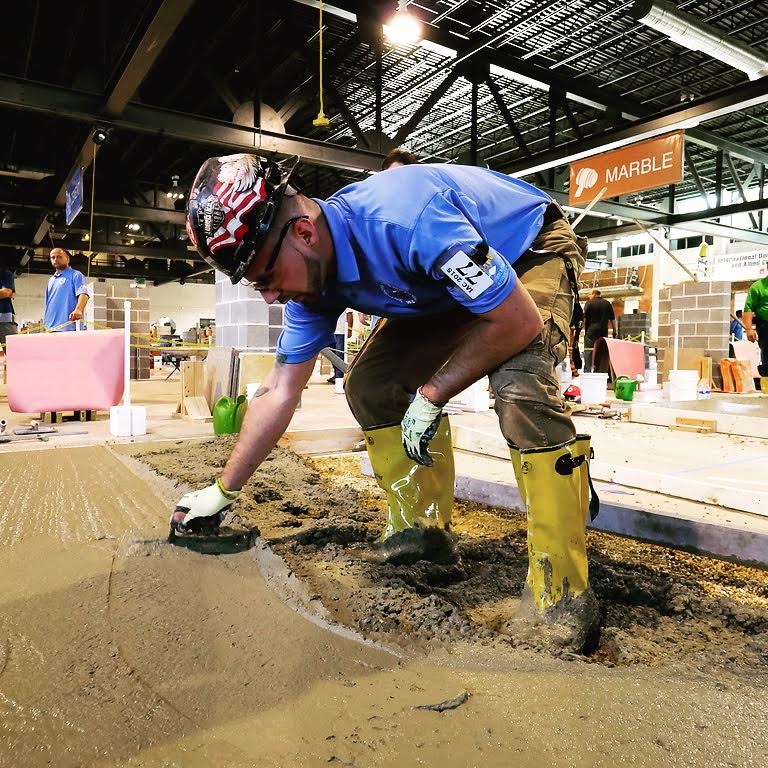 After graduating from highschool, Mason enrolled in Westchester Community College where he completed his courses but decided that his future lay elsewhere.

“You can make good money as a young person if you go to college. Perhaps you’ll earn more eventually, but becoming a tradesman worked out better for me. For one, the apprenticeship training was free – so you can improve yourself at no cost while you’re being paid to work. I learned to read blueprints and all the other classroom subjects. I was learning the trade from the ground up so that one day I’ll be able to open my own company.”

Today he is working at the United States Military Academy at West Point, NY for Hull Construction & Restoration, Inc., of White Plains, where the firm is completing a project to build barracks. Next up may be a building in Yonkers, a hi-rise in White Plains or a casino in the Hudson Valley, he said.

“It has been steady work,” he was excited to report. “I haven’t been out of work since I joined the union in June of 2013.”